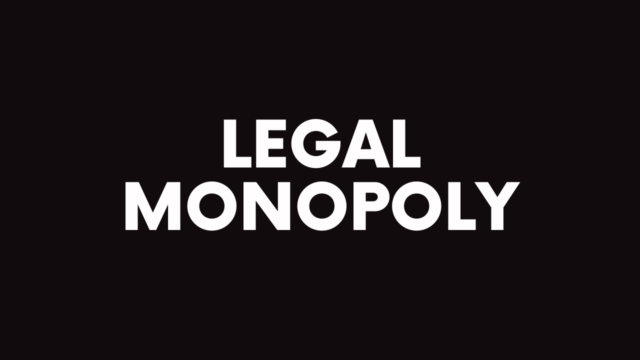 What is a legal monopoly and how is it created

A monopoly is a business entity that has complete control over its product or service. In other words, it is the only company in the market that can provide a particular product or service. Monopolies can be legal or illegal. A legal monopoly is one that is created through exclusive licenses or patents granted by the government. An illegal monopoly is one that is created through anticompetitive behavior, such as price-fixing or collusion. While monopolies can be advantageous for businesses, they can also lead to higher prices and reduced choices for consumers. Therefore, it is important to carefully regulate monopolies to ensure that they benefit society as a whole.

What are the benefits of having a legal monopoly

There are actually several benefits that can come from having a legal monopoly. For one, it can provide stability in the marketplace. By having only one provider of a good or service, consumers can be confident that they will be able to obtain the product or service at a consistent price. Additionally, monopolies can be more efficient than businesses that operate in a competitive market.

Because they do not have to worry about losing customers to other companies, monopolies can reinvest their profits into research and development, leading to new and improved products or services. Finally, monopolies often have the financial resources to engage in aggressive marketing campaigns, which can increase consumer awareness and boost sales. Ultimately, while there are some drawbacks to having a legal monopoly, there are also several significant advantages.

What are the drawbacks of having a legal monopoly

One of the biggest problems with monopolies is that they can lead to higher prices for consumers. Without competition, companies have no incentive to keep prices low. They may also offer poor customer service since they don’t have to worry about losing business to rivals. Additionally, monopolies can stifle innovation since there is no incentive to develop new products or improve existing ones. monopoly may also lead to abuse of power, as the company can use its position to unfairly manipulate the market.

Lastly, monopolies can create an unfair playing field for other businesses, as it can be difficult for new companies to enter the market when there is already an established monopoly. Overall, there are a number of significant drawbacks to having a legal monopoly.

How does a company maintain its legal monopoly

A company may maintain its legal monopoly by receiving a patent or remaining the only firm in the market. A patent is a government-granted right that excludes others from making, using, or selling an invention for a certain period of time. A company that has a monopoly in the market may face little to no competition, allowing it to charge higher prices and earn greater profits. The company may also have high barriers to entry, which make it difficult for new firms to enter the market. In order to maintain its monopoly, the company must continue to produce a product or service that consumers want and need. It must also keep up with changing technology and consumer tastes. If the company is unable to do so, it may eventually lose its monopoly position in the market.

Are there any cases where a company lost its legal monopoly

There are a few cases where companies have lost their legal monopoly. For example, the company De Beers was once the sole producer of diamonds. However, after facing antitrust allegations, the company was forced to sell some of its diamond mines and allow other companies to enter the market. Similarly, Microsoft held a monopoly on operating systems for many years. However, after facing antitrust charges, the company was ordered to break itself up into several smaller companies. In both of these cases, the companies were accused of using their monopoly power to stifle competition and keep prices artificially high. As a result, the companies lost their legal monopoly and were forced to compete in a more open marketplace.

What are some examples of legal monopolies in the United States

There are a few examples of legal monopolies in the United States. One is the United States Postal Service, which has a monopoly on postal delivery. Another is the Veterans Health Administration, which is the only government-run healthcare system in the country. And finally, there are a few utilities that are regulated as monopolies, such as electric and water companies. While these companies may have competition in other markets, they don’t have any real competition in their specific markets. This allows them to charge higher prices and enjoy higher profits than if they were competing with other companies.

What are some ways to get around a legal monopoly