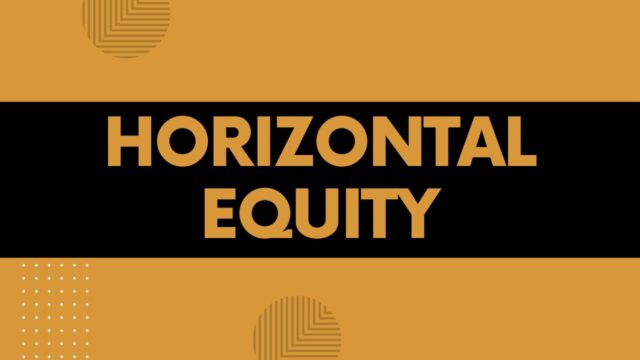 What is horizontal equity and why is it important

How does the current tax system fail to achieve horizontal equity

The current tax system in the United States fails to achieve horizontal equity in a number of ways. First, the tax code is full of loopholes that benefit higher-income individuals and corporations. Second, the tax burden is disproportionately borne by lower- and middle-income taxpayers. Third, the tax system is regressive, meaning that it taxes lower-income people at a higher rate than wealthier people. Finally, the current tax system fails to effectively raise revenue for vital public services, resulting in cuts to programs that benefit low- and moderate-income households. These failures cumulatively result in a tax system that is unfair and does not adequately provide for the needs of all Americans.

One way to make the tax system more equitable would be to shift the focus from consumption to income. This could be done by exempting certain basic necessities from sales tax, or by implementing a progressive income tax system. Alternatively, the government could provide targeted tax breaks for low-income individuals and families. By making the tax system more equitable, the government would be able to provide much-needed relief for those who are struggling to make ends meet.

How would a more equitable tax system benefit everyone

A more equitable tax system would benefit everyone by making the tax code simpler and more efficient. The current tax code is so complex that it often results in errors and unintended consequences. For example, the mortgage interest deduction is a common tax break that is used by middle- and upper-income taxpayers.

However, this deduction disproportionately benefits higher-income taxpayers because they are more likely to own a home and have a larger mortgage. A more equitable tax system would eliminate or reduce loopholes and deductions that disproportionately benefit the wealthy. This would make the tax code simpler and fairer for everyone. In addition, a more equitable tax system would increase government revenue, which could be used to fund education, infrastructure, and other services that benefit all citizens.

What can we do to advocate for a more equitable tax system?

There are a number of ways that we can advocate for a more equitable tax system. One way is to contact our elected officials and let them know that we want to see reform. Another way is to support organizations that are fighting for tax fairness, such as Americans for Tax Fairness. And finally, we can educate ourselves and others about how our tax system works and what we can do to make it fairer. By taking action, we can help build a more just and equitable society for everyone.