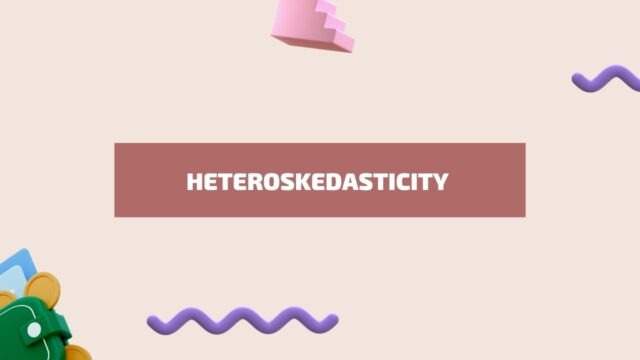 How to detect heteroskedasticity in data

There are a number of factors that can cause heteroskedasticity, including outliers, non-normal distributions, and periodicity. In some cases, heteroskedasticity can be due to simple randomness. However, it can also be caused by factors such as incorrect data entry or incorrect model specification. When heteroskedasticity is present, it can lead to inaccurate statistical inferences. For this reason, it is important to be aware of the potential causes of heteroskedasticity and to take steps to avoid them.

How to deal with heteroskedasticity in data analysis

Heteroskedasticity is a common problem in data analysis, in which the variance of a dependent variable is not constant across different levels of an independent variable. This can lead to inaccurate results and invalid conclusions. There are several ways to deal with heteroskedasticity, including transforming the data, using weighted least squares regression, or adding a dummy variable. In some cases, it may also be possible to use parametric methods such as GARCH or ARCH. The best approach depends on the specific data and the goals of the analysis. However, heteroskedasticity is a problem that can be dealt with effectively if it is anticipated and taken into account from the start.

There are many examples of heteroskedasticity in the real world. For instance, consider a situation where people’s incomes vary widely. In this case, we would expect that people with higher incomes would tend to spend more on luxury items than those with lower incomes. As a result, the demand for luxury goods would be more volatile than the demand for necessities.

Another example of heteroskedasticity can be found in the stock market. Investors’ confidence tends to fluctuate, which leads to wide swings in stock prices. This volatility can make it difficult to predict how the market will behave in the short-term. However, over the long-term, the market is much more stable. These are just a few examples of heteroskedasticity that illustrate how this concept can have a real-world impact.