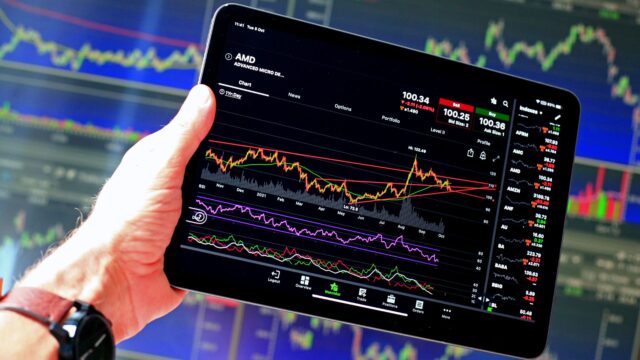 The last few weeks have seen a lot of activity surrounding the stock of GameStop (GME), with prices reaching unforeseen heights and then plummeting just as suddenly. Some people have made a fortune, while others have lost everything they put in. So, what’s going on? Is GME stock a good investment? Is it even legal? Let’s take a look.

What is GME Stock?

GME stock is the stock of GameStop, a video game retailer with over 2,000 locations worldwide. The company has been in business since 1994 and was founded by four friends who pooled their money to open a small video game store in Fort Worth, Texas.

In recent years, GameStop has struggled to keep up with changing consumer habits, as more and more people buy games digitally instead of physically. As a result, the company’s stock has been in decline for some time. In July 2020, it hit an all-time low of $2.57 per share. Then, in December 2020, something strange happened: Against all expectations, GME stock began to surge. By January 2021, it had reached $483 per share—an increase of over 18,000% in just six months!

However, the surge couldn’t last forever, and on February 2nd the stock crashed back down to $60 per share. While this is still an impressive increase from where it was just six months ago, it’s a far cry from the highs of January.

Why Did GME Stock Surge?

There are a few theories floating around about why GME stock surged when it did. One is that Reddit users (more specifically, those in the WallStreetBets subreddit) began buying up shares en masse in an effort to drive up the price and force “short sellers” to abandon their positions. Short selling is a investing tactic whereby you bet that a stock will go down in value so that you can buy it back at a lower price and pocket the difference.

Another theory is that there was simply too much demand for GME stock and not enough shares available for purchase, driving up the price. However, this doesn’t seem to be supported by any evidence; if anything, there seems to have been more supply than demand, as investors were racing to sell their shares while they could still get a high price for them.

GME stock is perfectly legal; however, some brokers have stopped allowing their customers to buy or sell it. For example, Robinhood—a popular online brokerage— temporarily halted trading of GME and other “meme stocks” on January 28th after its clearinghouse raised concerns about its ability to meet its obligations. Other brokerages quickly followed suit. This led many investors to accuse Robinhood and other brokerages of market manipulation; however, there is no evidence that this was deliberate on their part.

Should I Buy GME Stock?

This is a difficult question to answer. For the most part, expert opinions seem to be split down the middle. On one hand, some say that GME stock is still undervalued and poised for further growth; on the other hand, others believe that its recent surge was nothing more than a bubble that has now burst and that further investment is highly risky. Ultimately, whether or not you should buy GME stock depends on your own risk tolerance and investment goals.

GME stock has been one of the most talked-about investments of the last few weeks thanks to its sudden surge (and subsequent crash) in value. While there are many theories about what caused this volatility, the fact remains that GMEstock is legal and still traded on many platforms. Whether or not you should invest in it depends on your own risk tolerance and investment goals.