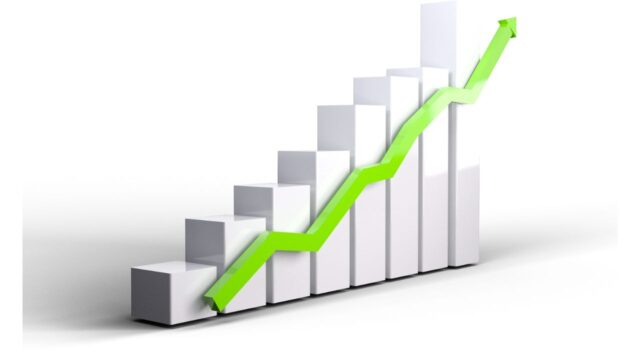 What is the Genuine Progress Indicator (GPI)?

The Genuine Progress Indicator (GPI) is a metric that was developed in the 1990s as an alternative to GDP. While GDP measures the value of all goods and services produced within a country, GPI takes into account a wider range of factors, including environmental degradation, income inequality, and human health. As a result, GPI is often seen as a more holistic measure of a country’s economic progress. There are a number of different ways to calculate GPI, but all methods involve assigning a monetary value to each of the factors mentioned above. This allows for a direct comparison between GDP and GPI. In general, countries with high GDP growth rates tend to have low GPI scores, indicating that they are not necessarily achieving genuine economic progress.

How is the GPI different from GDP?

The Gross Domestic Product (GDP) is a measure of the economic activity within a given country. It includes all goods and services produced within the borders of the country, regardless of who owns the factors of production. The GDP is often used as a measure of a country’s standard of living. However, it has several limitations. First, it does not account for environmental costs or the underground economy. Second, it does not consider the distribution of income. Finally, it does not take into account the value of non-monetary transactions, such as housework or child care.

The Genuine Progress Indicator (GPI) is an attempt to address some of these limitations. Like the GDP, the GPI measures economic activity. However, it also takes into account environmental costs, income distribution, and non-monetary transactions. As a result, the GPI is often considered to be a more accurate measure of a country’s standard of living.

What factors are included in the GPI calculation?

The Genuine Progress Indicator (GPI) is a metric that measures the progress of a society or economy. Unlike traditional measures such as gross domestic product (GDP), which only consider economic activity, the GPI takes into account a range of environmental and social factors. This makes it a more holistic measure of progress, and one that is better equipped to assess the long-term sustainability of an economy. The factors that are included in the GPI calculation can be divided into three categories: environmental, social, and economic.

Environmental factors include pollution, resource depletion, and ecosystem health. Social factors include crime, inequality, and access to education and health care. Economic factors include GDP, unemployment, and household income. By taking all of these factors into account, the GPI provides a more accurate picture of whether an economy is truly thriving.

How has the GPI been used to measure progress over time?

The Genuine Progress Indicator (GPI) is a holistic measure of economic progress that takes into account a wide range of factors, including environmental and social indicators. The GPI was first developed in the early 1990s as an alternative to GDP, which was seen as an incomplete measure of progress. GDP only takes into account economic activity, and it does not account for negative externalities such as environmental damage or income inequality.

The GPI attempts to address these shortcomings by including a wider range of indicators in its calculation. For example, the GPI includes measures of environmental degradation, personal consumption, leisure time, and income inequality. The GPI has been used by governments and organizations around the world to track progress over time and compare different countries. While the GPI is not perfect, it provides a more comprehensive picture of progress than GDP alone.

What are some criticisms of the GPI?

One common criticism is that the GPI is too complex and difficult to understand. This can make it difficult to communicate the results to policy-makers and the general public. Additionally, the GPI relies heavily on subjective measures, such as happiness surveys, which can introduce a significant degree of error. Finally, some critics argue that the GPI places too much emphasis on environmental factors, while downplaying the importance of economic growth. Despite these criticisms, the GPI remains a popular tool for measuring a country’s well-being and progress.

There are several ways in which the GPI could be improved. One way would be to give greater weight to factors like environmental protection and social cohesion. Another way would be to make the GPI more internationally comparable by adjusting it for different countries’ populations and living standards. Finally, the GPI could be updated more frequently to provide a more timely indication of a society’s progress. By making these improvements, the GPI would provide an even more accurate and informative measure of a society’s genuine progress.

What does the GPI tell us about sustainable development?

First and foremost, it highlights the fact that sustainable development is about more than just economic growth. The GPI takes into account a wide range of social and environmental factors, which means that it provides a more holistic view of progress than traditional measures like GDP. This is important because it helps to shift the focus from purely economic growth to a more holistic view of human wellbeing.

What other indicators are used to measure progress or sustainability?

While GDP is the most commonly used metric for economic growth, it is not the only indicator of progress. The Genuine Progress Indicator (GPI) is a measure of sustainability that factors in environmental and social costs, in addition to economic ones. The GPI has been criticized for being too narrowly focused on Western countries, but it provides a broader view of progress than GDP alone.

Other indicators of progress include the Human Development Index (HDI), which measures a country’s achievements in health, education, and standard of living, and the Ecological Footprint, which measures humanity’s demand on the natural world. While each of these indicators has its own strengths and weaknesses, together they provide a more comprehensive picture of human progress than GDP alone.