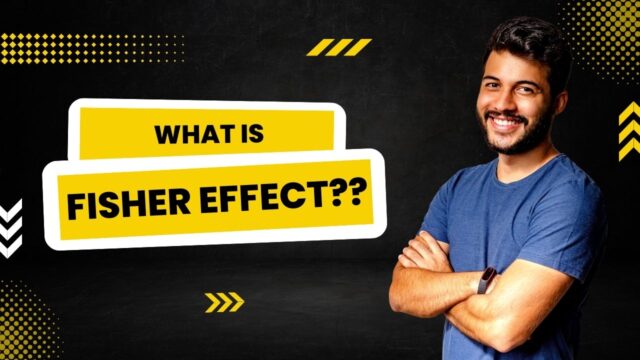 What is the Fisher Effect

How does the Fisher Effect work

The Fisher Effect is named after economist Irving Fisher, who first proposed the theory in 1930. The Fisher Effect states that when the rate of inflation increases, the nominal interest rate will also increase. In other words, when prices go up, so do interest rates. The relationship between inflation and interest rates is important because it affects how people make decisions about saving and investing. For example, if someone expects inflation to be high in the future, they may be more likely to invest in assets such as gold or real estate, which are less likely to lose value over time. On the other hand, if someone expects inflation to be low, they may be more likely to invest in stocks or bonds, which tend to perform better when inflation is low. While the Fisher Effect is a relatively simple concept, it can have a big impact on the economy.

What are the implications of the Fisher Effect

The Fisher effect has implications for both economic policy and investment strategy. For example, if the Federal Reserve were to raise interest rates in an effort to combat inflation, the currency would become more expensive, making it difficult for American exports to compete in global markets. On the other hand, if the Fed were to lower interest rates in order to stimulate economic growth, this would make the dollar less expensive and increase demand for American products overseas. As such, the Fisher effect is a crucial consideration for policymakers as they seek to achieve their objectives.

How can investors use the Fisher Effect to their advantage

This concept can be useful for investors in two ways. First, it can help them to identify opportunities for arbitrage – that is, situations where they can lock in a positive real interest rate by borrowing at a low nominal interest rate and investing the money in an asset with a higher expected return. Second, it can help them to calculate the true cost of debt – that is, the amount they will really have to pay back when taking into account both the initial loan plus any expected inflation. By understanding the Fisher Effect, investors can make more informed decisions about where to allocate their capital.

What are some criticisms of the Fisher Effect

Some economists have criticized the Fisher effect, saying that it is too simplistic and does not take into account other factors that affect interest rates. For example, they point to the fact that central banks often raise interest rates to fight inflation, even if inflation is not currently a problem. Others have argued that the Fisher effect does not always hold true in the real world.

Empirical evidence has shown that there are times when interest rates do not movements in expected inflation. Finally, some critics have argued that the Fisher effect only applies in a perfect market, and that in the real world there are many other factors that can affect interest rates. Despite these criticisms, the Fisher effect remains a widely accepted theory among economists.

How might the Fisher Effect change in a recessionary economy

What other factors can affect the Fisher Effect

In addition to inflation and interest rates, there are a number of other factors that can affect the Fisher Effect. For example, changes in tax rates can impact the relative attractiveness of different investment options. And, as we saw during the financial crisis of 2008, economic turbulence can lead to sudden and dramatic changes in interest rates. Finally, it’s worth noting that the Fisher Effect is only one of many factors that can influence investment decisions. Other considerations include risk tolerance, liquidity needs, and personal circumstances. As a result, anyone who is thinking about investing should seek professional advice to ensure that they are making the best possible decision for their individual needs.