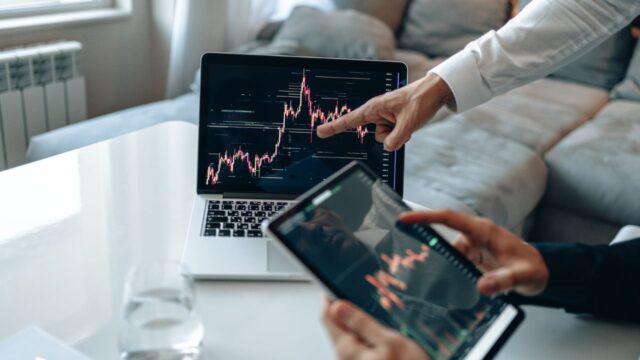 What are Fibonacci Extensions

How to use Fibonacci Extensions

The Fibonacci sequence is a series of numbers where each number is the sum of the previous two. This sequence can be applied to trading, and Fibonacci extensions are one way that traders use Fibonacci ratios to find potential areas of support or resistance. There are several different Fibonacci extensions, but the most common ones are the 61.8%, 100%, and 161.8% extensions.

These numbers are derived from the Fibonacci sequence, and they indicate how far the price is likely to move after a retracement or breakout. Traders often use Fibonacci extensions in conjunction with other technical indicators to find potential trade opportunities. While there is no guarantee that the price will reach these levels, they can be useful tool in finding areas of support or resistance.

The levels in the Fibonacci sequence are based on the important Fibonacci ratios. The Fibonacci sequence of numbers was first developed by Charles H. Dow and states that averages often retrace half of their previous moves. The levels of Fibonacci retracement help traders determine possible support and resistance price levels and to plan a trade exit strategy. It is also an excellent way to identify potential entry and exit points.

Using the Fibonacci retracement is a great way to spot support and resistance levels in the market. Traders can use this information to place orders, set stop-loss levels, and set price targets. The Fibonacci retracement tool is not 100% accurate, but when used in conjunction with other indicators, it is a powerful tool. This technical analysis tool should be used in conjunction with other indicators to confirm a trade signal. Some traders use trend lines, moving averages, and volume to confirm their signals. The more confirmation indicators you have, the stronger your trade signal will be.

Using Fibonacci Extension levels to determine take profit levels in a market trend can help you decide when to enter a trade. The retracement levels are percentages of the total move that has occurred. The 50% level is halfway between the start of a trend and its end. The price retraces to this level, which serves as support or resistance, depending on the trend. Using Fibonacci levels to determine take profit levels is a great way to take advantage of an investment opportunity.

If a market is in a bullish trend, you can use Fibonacci extensions to lay out your trade. This will help you spot literate take profit levels and potentially profitable reversal points. Fibonacci extension levels can be used on any timeframe or financial market chart. Because of the convergence of these levels, they can be very important for predicting where the trend is likely to turn.