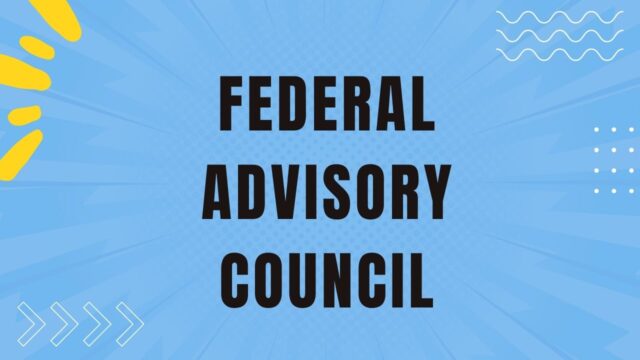 What is a Federal Advisory Council

A Federal Advisory Council (FAC) is a federal body created to provide advice, counsel, and recommendations to an entire federal department or agency, or to the President of the United States. FACs are usually composed of distinguished citizens who volunteer their time and expertise to the government on a particular issue or concern. Their advice is typically non-binding, meaning that the government is not required to take their recommendations into consideration. However, many FACs have considerable influence and can play an important role in shaping government policy. Given their high-level access and connection to key decision-makers, FACs can be an invaluable resource for both the government and the public.

How are Federal Advisory Councils formed

Federal Advisory Councils (FACs) are bodies established to provide independent advice and recommendations to the President, the cabinet, and other executive branch officials on a range of policy issues. FACs are typically composed of experts from various fields, including business, academia, and civil society. While the composition of each council varies depending on the issue under consideration, all FACs are required to operate in accordance with the Federal Advisory Committee Act (FACA).

This law establishes strict rules governing the formation, operation, and dissolution of federal advisory committees. Under FACA, all FACs must be established by presidential directive or an act of Congress. Furthermore, each FAC must have a clearly defined purpose, and its activities must be transparent to the public. Finally, all members of a FAC must be appointed in a manner that ensures diverse perspectives are represented. By following these requirements, FACs play an important role in ensuring that the executive branch receives independent advice on a broad range of policy issues.

What are the responsibilities of Federal Advisory Councils

The president appoints the members of these councils, which typically meet a few times per year. Some federal advisory councils are permanent, while others are temporary and disbanded after they have fulfilled their purpose. The responsibilities of federal advisory councils vary depending on the issue at hand, but they typically involve providing information and recommendations to the president. In some cases, they may also be asked to review and comment on proposed legislation or policies. By law, federal advisory councils must be balanced in terms of political affiliation, geography, and other factors so that they can provide impartial advice. As such, they play an important role in ensuring that the president has access to a diversity of perspectives when making decisions. What is the role of the federal government in relation to Federal Advisory Councils

How do advisory councils interact with the public

Are there any benefits to being on a Federal Advisory Council

Are there any drawbacks to being on a Federal Advisory Council

While there are many benefits to serving on a Federal Advisory Council, there are also some potential drawbacks. One of the main concerns is that members may be influenced by special interests. For example, if an industry is represented on the council, they may lobby for policies that are favorable to their business but not necessarily in the best interest of the public. Additionally, members may feel pressure to toe the party line, especially if the council is politically polarized. This could prevent them from offering honest and dissenting opinions. Despite these concerns, serving on a Federal Advisory Council can be a rewarding experience. It is an opportunity to provide input on important issues and to help shape government policy.

What is the future of Federal Advisory Councils

There is no question that Federal Advisory Councils play an important role in the American government. By bringing together experts from various fields, they provide valuable insights and recommendations on a wide range of issues. However, it is also clear that these councils are in need of reform. In recent years, there have been several high-profile instances of members of advisory councils abusing their position for personal gain. As a result, there is a growing calls for greater transparency and accountability. It is likely that these issues will be addressed in the coming years, and the future of Federal Advisory Councils will be much different than in the past.

Advisory councils can offer a number of benefits to both citizens and organizations. For citizens, they provide an opportunity to have a direct say in the decision-making process of their government. For organizations, they can offer valuable feedback on proposals and help to shape policy. In addition, advisory councils can help to build bridges between different interest groups and create a more diverse and inclusive society. Ultimately, advisory councils offer an important platform for dialogue and debate, and they play a vital role in democracy.