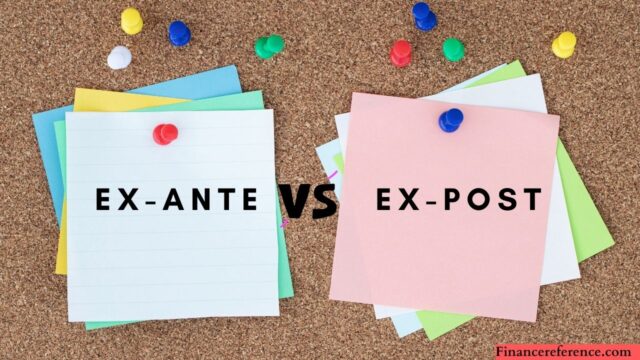 This article will examine the key differences between ex-ante and ex-post damages forecasts. We will also examine standardization and forecasting methods to determine the most appropriate method for damages attribution. These benchmarks are critical in calculating damages, and a better understanding of their differences is necessary to reach a fair resolution. The main difference between ex-ante and ex-post damages is that the former involves a calculation of damages that takes into account the prejudgment interest rate.

In the Celebrity case, the failure of ex-ante and ex-post benchmarks was demonstrated by the use of in-depth, untimely information and the use of securities analysts’ predictions for the peer group. However, because the company was not publicly traded at the time, the experts’ forecasts failed to account for economic conditions. The experts used a flawed methodology to show damages that were $60 million a year before the outbreak.

In damages estimation, an economic standard is used to establish the value of hypothetical but-for-profit scenarios. This requires that the benchmark is a standard accepted by the court. There are several methods for establishing a benchmark, including independent securities analysts, peer group performance, and market data. In each case, the expert witness will have to establish and defend the benchmarks. If the plaintiff’s benchmarks are faulty, the damages award will likely be lower than the plaintiff’s estimates.

While the Celebrity case provides an example of a potential defensible benchmark, the difference between the two is significant. While ex ante benchmarks are more realistic and apply to a wider range of cases, they must be congruent with business and economic realities. Ex-post benchmarks are measurements applied at the end of the period under consideration. This allows courts to account for fluctuating business demand, operating costs, and the economy.

The ex ante approach results in damages that are approximately 20% lower. This is because the damages expert discount future earnings at 15%. However, the extra present value discounting is offset by prejudgment interest of 6%. Thus, in civil litigation, it is essential to use ex-ante benchmarks to properly calculate damages in a case. It is important to consider the time-value of money factor when choosing between ex-ante and ex-post benchmarks.

The difference between ex ante and an ex post forecast is that an ex-ante forecast is made when future observations are known. This way, the forecasting model can be tested against existing data to see if it is accurate. Ex-post forecasts, on the other hand, use unknown explanatory variables. Both types of forecasts can be helpful in evaluating a forecasting model. The following paragraphs will discuss the differences between ex ante and ex-post forecasts.

Another way to look at ex-ante and ex-post data is in value at risk analysis. The value at risk analysis considers the starting value of an asset and how it will earn. The data provided by ex-post analyses is more accurate, as it takes into account the value of the asset after the event has already occurred. An example is a popular cosmetics company that conducts an ex-post analysis after a successful launch. The company might determine that its decision to go ex-ante was a good one when sales grew exponentially.

Ex-ante forecasts are useful for investors as they allow investors to better understand the real performance of a security. They use ex-ante data to subtract the current price from the anticipated value. Ex-post data, on the other hand, subtracts future prices from the current price. For example, an ex-ante forecast is often used for large projects, and is a standard tool in macroeconomics.

The economic implications of ex-ante versus ex post standardization are compelling, particularly given the economic effects of online services regulation. Ex-ante actions are based on information that is already available to the public, whereas ex post actions are based on the regulator’s hunch. Ex-ante actions are susceptible to bias, and they can also be manipulated by vested interest groups, rent seekers, and political influence.

The optimal approach is based on the principle of a second-order loss and gain. Ex ante regulation is a superior choice when social welfare is the main goal. It encourages research and development at the bottom of the social ladder, while ex post standardization may delay approval. Both strategies, however, require a trade-off between these forces. This paper considers this distinction in detail. You can learn more about the ex-ante standardization here.

Liability is an effective substitute for ex-ante regulation because it dampens experimentation incentives. Liability limits ex-ante payoffs, which chills research. The optimal level of ex post regulation requires a second-order loss, but this trade-off is less significant than the first-order gains of ex-ante standardization. The optimal policy depends on prior beliefs and incentives for ex-ante experimentation.

The debate over ex ante versus ex-post analysis is not new, although the method has evolved significantly over the years. The key difference is the extent to which ex-ante analyses capture firm-level heterogeneity. Ex-post analysis, on the other hand, captures firm-level heterogeneity but is not as realistic. Both methods have their uses. Let’s look at the pros and cons of each approach and their implications for policy design.

Both ex ante and ex-post analysis provide valuable information to investors, but they differ in their application. While ex-anteante analysis helps investors understand the value of investments, ex-post analyses can inform decision-makers of potential changes in the way the process is carried out. A business can make sure that their ex-ante analysis is beneficial by implementing a research process to determine what changes need to be made. It’s also important to note that both ex-ante and ex-post analyses are useful in different situations.

The term “ex-ante” means ‘before the event’. Its goal is to forecast the results of a business’s future decisions, by looking at its past behavior in similar circumstances. Ex-ante analysis can also help predict the growth of a startup company. When used in combination with other analysis methods, ex-ante can be a powerful tool. It can predict future earnings and investment return.

Moreover, the use of ex-ante analysis has advantages and disadvantages. Ex-ante analyses are usually biased towards the negative outcomes because they assume that the energy intensity and emissions factors remain constant. Ex-post analysis aims to capture both types of heterogeneity and baseline pollution. This method is more realistic than ex-ante and can be used to better represent future effects of an environmental policy. The latter is often more accurate because it can identify opportunities for improving the prospective analysis.