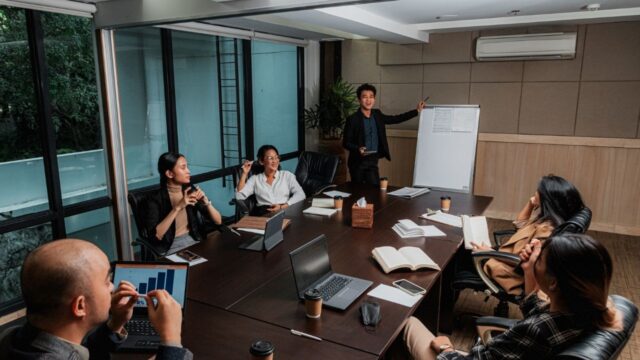 What is a duopoly?

A duopoly is a situation where two companies together own all, or nearly all, of the market for a given product or service. A duopoly is the most basic form of oligopoly, a market dominated by a small number of companies. A duopoly can have the same impact on the market as a monopoly if the two players collude on prices or output.

How does a duopoly form?

A duopoly can form in a number of ways. One way is for two companies to merge together to form a single entity. Another way is for one company to buy up all the shares of another company, making it the sole owner. In some cases, a duopoly may simply arise due to the dominance of two firms in an industry with no barrier to entry for other firms.

What are the implications of a duopoly?

It can have significant implications for both consumers and businesses. For consumers, a duopoly can lead to higher prices and less choice as the two companies may collude to keep prices high. For businesses, it can make it difficult to compete as the two dominant firms may have a stranglehold on the market.

What are some examples of duopolies in the world today?

There are a number of industries in which duopolies exist. The most notable example is the airline industry, where just two firms – American Airlines and Delta – control more than 80% of the market. Other examples include the search engine market (Google and Bing), the social media market (Facebook and Twitter), and the mobile operating system market (iOS and Android).

How might a duopoly be disrupted or broken up?

A duopoly can be disrupted or broken up in a number of ways. One way is for the government to regulate the industry, setting prices or imposing other restrictions. Another way is for a new competitor to enter the market and start stealing market share from the two dominant firms. Finally, a duopoly may be disrupted by changes in technology or consumer preferences.

What are some potential solutions to the negative effects of duopolies

There are a few potential solutions to the negative effects of duopolies. One solution is to break up the duopoly into smaller companies, which would create more competition and hopefully lower prices. Another solution is to regulate the behavior of the companies in order to ensure that they don’t collude on prices or output. Finally, government could provide incentives for new companies to enter the market, in an attempt to create more competition.

Are there benefits to having a duopoly instead of a monopoly or oligopoly?

What challenges does a business face when trying to enter a market with a duopoly?

There are a few challenges a business faces when trying to enter a market. One challenge is that the companies in the duopoly have a lot of power and may be resistant to new competition. Additionally, it can be difficult for a business to differentiate itself from the other companies in the market. Finally, it can be expensive and challenging to enter into a market with a duopoly.

How can the government regulate a duopoly?

The government can regulate it by breaking it up into smaller companies, regulating the behavior of the companies, or providing incentives for new companies to enter the market. Additionally, the government can provide antitrust laws to help protect against the negative effects of duopolies.

What are some recent developments or cases involving duopolies?

Some recent developments or cases involving duopolies include the following: