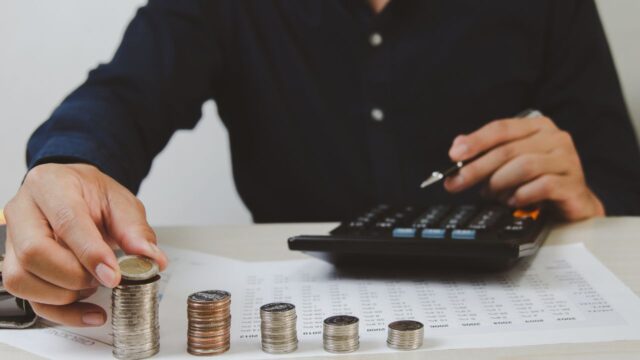 What is deleveraging and why is it important?

Deleveraging is the process of reducing financial leverage. Leverage is the use of borrowed money to increase investment returns. Deleveraging can be done through a variety of methods, including selling assets, paying off debt, or raising equity. While leverage can help to increase returns in the short-term, it can also magnify losses in the event of a market downturn. As a result, deleveraging is often seen as a way to reduce risk. By reducing leverage, investors can help to protect themselves from potential losses. In addition, deleveraging can also improve a company’s financial health by reducing its debt burden. As such, deleveraging is an important tool for both investors and companies.

The benefits of deleveraging for individuals, businesses, and the economy as a whole

For individuals, deleveraging can lead to improved financial stability and a lower risk of default. For businesses, it can mean increased cash flow and improved profitability. And for the economy as a whole, deleveraging can help to reduce the risk of financial crises and promote sustainable growth. Of course, there are also potential downsides to deleveraging, such as reduced consumption and investment. However, on balance, the benefits of deleveraging are likely to outweigh the costs. As such, it should be seen as an important tool for individuals, businesses, and economies alike.

How to deleverage your own personal finances

How to deleverage a business’s balance sheet

Businesses can deleverage their balance sheets in a number of ways, but the most common approach is to sell off assets. This can be done through either a sale of the business’s assets or by issuing new equity. The proceeds from these transactions can then be used to pay down debt. Another approach is to simply reduce the amount of debt that the business has outstanding. This can be accomplished by repaying loans early or by negotiating more favorable terms with lenders. Finally, businesses can also increase their equity base through activities such as share buybacks or issuing new equity. By taking one or more of these steps, businesses can deleverage their balance sheets and improve their financial health.

The consequences of not deleveraging

One of the most significant risks of not deleveraging is that the company will become stuck in a cycle of ever-increasing debt. As the debt burden grows, it becomes more and more difficult for the company to make interest payments, let alone principal payments. This can eventually lead to default, which can have disastrous consequences for the company’s shareholders, employees, and creditors.

The role of the government in deleveraging

The role of government in deleveraging is twofold. First, the government can provide fiscal stimulus to help promote economic growth. This can be done through a variety of means, such as increasing spending on infrastructure projects or providing tax breaks for businesses. Second, the government can take steps to encourage responsible borrowing and lending practices. This can involve passing regulations that limit the amount of debt that consumers and businesses can take on, as well as increasing the transparency of lenders and borrowers. By taking these measures, the government can help to reduce the overall level of debt in the economy and promote financial stability.

The future of deleveraging in the global economy

The future of deleveraging in the global economy is fraught with uncertainty. On one hand, rising interest rates and stubbornly high levels of debt could lead to renewed financial stress, derailing the global economic recovery. On the other hand, continued progress in reducing imbalances could eventually set the stage for a more robust expansion. The truth is that no one knows which scenario is more likely. However, what is certain is that the future of the global economy will be heavily influenced by the deleveraging process. policy makers would be wise to carefully monitor developments in this area and take steps to mitigate any potential risks.