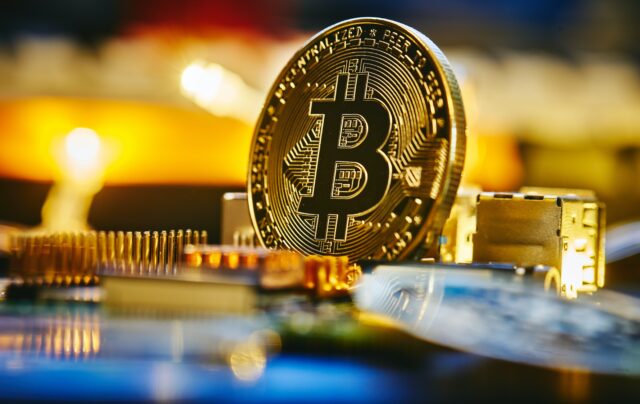 – Bitcoin is the first decentralised cryptocurrency

– Bitcoin operates at a fixed supply of 21 million coins

Bitcoin is a digital currency that was first introduced to the world as open-source software in 2009. Since Bitcoin’s introduction, Bitcoin has garnered immense media attention and continues to be of interest to researchers and policymakers alike. As Bitcoin becomes more widely used as a form of payment, it is important to understand what factors influence Bitcoin prices. There are various reasons why Bitcoin prices can fluctuate rapidly on a daily basis. You can also explore bitcoin-profit.org for further details.

As a virtual decentralised peer-to-peer network, Bitcoin obviates the need for intermediaries by allowing users direct transfer from sender to receiver via online communication protocols or P2P software. Users buy Bitcoins directly from other users using any type of currency through private key encryption which results in transactions being confidential. Also, Bitcoin has a global character which means that no one single country controls it. Bitcoin prices are free from government influences and can be significantly affected by media attention, regulatory changes, or major events.

Even though Bitcoin is often referred to as an anonymous currency, it is easy to use Bitcoin tracking tools to analyse Bitcoin transactions and determine where the Bitcoins came from. Although analysis of Bitcoin transactions cannot always conclude with absolute certainty who sent the Bitcoins, certain data can reveal some insights about user identities (for example if the same Bitcoin address shows up in multiple transactions). Additionally, Bitcoin’s public ledger allows researchers to use clustering techniques to group addresses into clusters based on how they transact with each other. Through analysis of these clusters, some inferences can be made about Bitcoin users.

There are three main factors that influence Bitcoin prices: media attention, technology upgrades, and perceived lack of Bitcoin stability. Media coverage generally refers to articles discussing Bitcoin in social, economic, and political contexts. In addition to the significance of the general public, media attention can include regulators paying closer attention to Bitcoin as a potential tool for money laundering or other illegal activities. Technology upgrades refer to changes made within the Bitcoin network such as upgrading consensus protocols or adding additional features to Bitcoin wallets. Perceived lack of stability is based on internal mechanisms established by Bitcoin itself which affect how people perceive Bitcoin’s value as a reliable store of wealth and means of payment.

Media attention is a key indicator used by market analysts to determine future Bitcoin price trends. Bitcoin has been in the media a lot recently because of its explosive growth over the past year and also due to the recent ransomware attacks worldwide in which Bitcoin was used as payment for ransom. Bitcoin’s anonymity is one of Bitcoin’s most powerful features, but it can also be considered a major disadvantage when Bitcoin’s security and accountability are under question. An example of Bitcoin getting negative publicity occurred when federal authorities shut down online black marketplaces like Silk Road and Alphabay using Bitcoins as a currency for illegal drug transactions.

Bitcoin is a cryptocurrency that can be used through cryptography, which solves mathematical problems to produce Bitcoin currency. Bitcoin falls under the category of cryptocurrencies, otherwise known as alternative currencies. Bitcoin’s price depends on several factors, including law enforcement and government regulation or lack thereof. Bitcoin is not subject to interest rates or federal banks, so it cannot be manipulated by governments or central banks. Bitcoin has seen an increase in value since being introduced to the world in 2009 by Satoshi Nakamoto, who remains anonymous even though his true identity has been widely speculated upon by many journalists. Bitcoin went from being worth less than one cent per Bitcoin when they first began trading to now being worth upwards of $1, 200 for each Bitcoin at its peak.

– Bitcoin is not subjected to interest rates or central banks, making it more difficult for regulators to monitor Bitcoin

– Bitcoin is not tied to any currency or products. It can have a significant impact on other currencies.

People’s thoughts and opinions regarding Bitcoin play a large role in Bitcoin’s price. For example, when former Federal Reserve Chairman Ben Bernanke stated Bitcoin may ‘hold long-term promise’, Bitcoin prices skyrocketed from the low $500s per unit to over $600 within a matter of hours. In contrast, when China announced plans of creating its own digital currency sometime in 2018, Bitcoin prices immediately went down by 33 percent before reaching even lower lows.

Everything You Need To Know About Multi-Year Annuities

5 Things To Know After Your Trademark Is Registered

Generate Extra Cash Flow And Get Your Finances Under Tighter Control

Where to Find the Best Trading Platforms in the UK

Four Aspects of Gaming That Can Be Investments