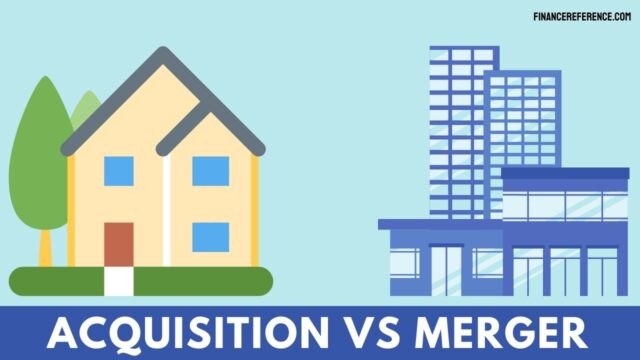 When two businesses join forces, the result is either an acquisition or a merger. While these terms are often used interchangeably, they actually have different meanings and implications. In this article, we will explore the differences between acquisitions and mergers, and discuss when each type of transaction is most appropriate. We will also look at the steps involved in completing an acquisition or merger, as well as the challenges that can arise during these types of transactions. Finally, we will provide some resources for further reading on the topic.

What is the difference between an acquisition and a merger

In business, the terms “acquisition” and “merger” are often used interchangeably, but there are actually some important differences between the two. An acquisition occurs when one company buys another company and absorbs it into its operations. A merger, on the other hand, is a combination of two companies that results in the creation of a new entity. In both cases, one company takes over the operations of another, but the key difference is that a merger entails the creation of a new company, while an acquisition does not.

There are several reasons why a company might choose to acquire another company. One reason is to gain access to new markets or new technology. Another reason is to increase economies of scale, which can lower costs and improve efficiency. Finally, some companies use acquisitions as a way to quickly grow their businesses. Mergers, on the other hand, are typically motivated by the desire to achieve synergy, or the combined benefits that two companies can achieve by combining their operations. For example, two companies that produce complementary products might merge in order to offer a complete solution to their customers. In general, then, acquisitions are driven by strategic considerations, while mergers are driven by financial considerations.

The benefits of an acquisition over a merger

When two companies decide to combine forces, there are two main options: an acquisition or a merger. Both have their own advantages and disadvantages, and the best choice for a particular company depends on a variety of factors. Generally speaking, an acquisition is more advantageous for the acquiring company.

This is because an acquisition allows the company to maintain control over its own operations, while still being able to access the resources of the other company. In contrast, a merger leads to the creation of a new entity, which can be difficult to control. Additionally, an acquisition usually allows the acquiring company to realize cost savings by streamlining operations and eliminating duplicative functions. For these reasons, acquisitions are often seen as a more attractive option than mergers.

The risks of an acquisition over a merger

There are a few key risks that come with acquisitions that don’t come with mergers. The first is that the target company may not be interested in being acquired. This can lead to a hostile takeover, which can damage relationships, reputation, and morale. It can also make it difficult to integrate the two companies, since the acquired company may resist or even sabotage the process.

The second risk is that the acquired company may have hidden problems that the acquiring company is not aware of. This can include everything from financial troubles to inappropriate behavior by employees. Finally, there is always the risk that the acquisition will simply not go as planned, leading to costly delays, legal problems, and sour relationships. Overall, acquisitions come with greater risks than mergers, but they can also be much more rewarding if everything goes well.

The steps involved in completing an acquisition or merger

Acquisitions and mergers are both types of business transactions that can be used to grow a company. However, there are some key differences between the two. An acquisition occurs when one company buys another company outright. This can be done either by purchasing all of the outstanding shares, or by buying the assets of the company. A merger, on the other hand, occurs when two companies combine to form a new entity. Both companies maintain their own identity in a merger, but they operate as a single unit going forward.

The challenges associated with an acquisition or merger

There are a number of challenges that can arise when a company goes through an acquisition or merger. For one, there may be significant changes in the company’s organizational structure. This can lead to confusion and conflict as employees jockey for position and power. Additionally, there can be differences in culture and values between the two companies that need to be addressed.

If not managed properly, these differences can lead to communication breakdowns, decreased productivity, and ultimately, the failure of the merger or acquisition. Finally, there is always the risk that one or both companies will not be able to adapt to the changes and will struggle to compete in the market. Consequently, it is essential that companies carefully consider all of these challenges before moving forward with an acquisition or merger.

The key to a successful acquisition or merger

There are a few key things to keep in mind when considering an acquisition or merger. First, it’s important to understand the difference between the two. An Acquisition occurs when one company buys another and takes control of its operations. A Merger, on the other hand, is a combination of two companies where both entities maintain equal control.

The second key factor is due diligence. This is the process of investigating a potential target before making an offer, and it’s important to do your homework to avoid overpaying or acquiring a company with hidden problems.

Finally, it’s also critical to have a clear plan for integrating the two organizations after the deal is complete. By understanding these key factors, you’ll be well on your way to successfully navigating an acquisition or merger.

As any business knows, there are many different types of acquisitions. The most common are Acquisition and Merger. Acquisition is when one company purchases another and gains control over it. Mergers happen when two companies join forces to become one company. Regardless of the type of acquisition, there are always integration considerations that need to be addressed post-acquisition or merger. The most important thing to remember is that every company is different and will require a unique approach. That being said, there are some general tips that can help make the process run smoothly.

First, it’s important to communicate openly and frequently with all employees. They need to understand the changes that are happening and what their role will be in the new company. Second, it’s essential to create a clear and concise plan for how the two companies will operate as one. This should include everything from how departments will be structured to who will be in charge of what tasks.

What to do if your acquisition or merger fails

One of the most difficult things that a company can go through is an Acquisition or Merger. This is when two companies come together to create one company. Usually, this happens because one company wants to buy another company. There are many reasons why these types of deals fail. The first reason is that the companies are not compatible. They might have different cultures or different ways of doing things.

The future of acquisitions and mergers

The future of acquisitions and mergers is shrouded in uncertainty. The COVID-19 pandemic has impacted economies around the world, with businesses struggling to survive. In this context, it is difficult to predict whether companies will be more or less inclined to engage in M&A activity. However, there are a few potential scenarios that could play out.

One possibility is that companies will be more reluctant to engage in M&A activity due to the uncertain economic climate. With businesses struggling to stay afloat, many will be unwilling to take on the additional risk that comes with acquiring or merging with another company. Another possibility is that companies will see M&A as a way to gain market share or expand into new markets. In a recessionary environment, businesses are often looking for ways to cut costs and improve efficiencies. Merging with another company can help them achieve these goals. Finally, it is also possible that M&A activity will remain relatively unchanged. Given the current climate of uncertainty, companies may feel that they need to consolidate in order to survive, regardless of the economic conditions.