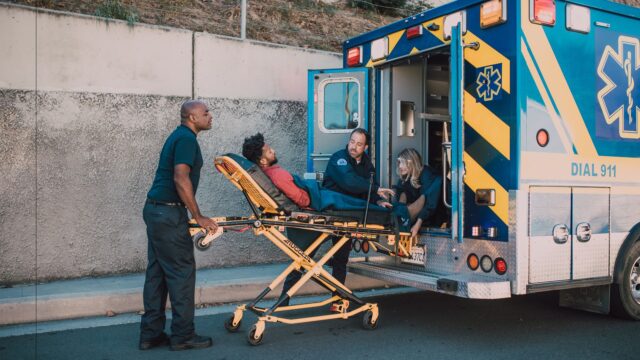 No one likes getting bills in the mail, especially when they’re for something as unexpected as an ambulance ride. And while the cost of an ambulance trip can seem exorbitant, in most cases, you’re stuck with the bill. However, there are a few instances where you may be able to legally refuse to pay your ambulance bill. Here are 5 times that may be the case.

1. When the ambulance was not medically necessary.

If you called for an ambulance but didn’t need one, you may not have to pay the bill. For example, if you fainted at work and your coworkers called an ambulance, but you were fine by the time they arrived, you should not have to pay for the ride. In general, if the medical condition that led to the ambulance call was not serious enough to require transport to the hospital, you should not be responsible for paying the bill.

2. When the ambulance was not dispatched in a timely manner.

In some cases, an ambulance may take so long to arrive that it’s considered unreasonable. If this is the case, you may not have to pay your bill. For example, if you had a heart attack and it took an hour for the ambulance to arrive, you may be able to dispute the charges. The standards for what is considered reasonable will vary from state to state, so be sure to check your local laws before attempting to dispute your bill.

3. When you were not given a choice of transportation.

4. When the ambulance company overcharged you.

Sometimes, ambulance companies make mistakes and overcharge patients for their services. If this happens to you, don’t just assume that it’s incorrect and try to negotiate a lower rate—request a breakdown of charges so that you can see exactly what you’re being charged for and dispute any charges that seem incorrect. In many cases, simply requesting a breakdown of charges will prompt the company to reduce or eliminate erroneous charges without any further action on your part.

If paying your ambulance bill would put undue financial hardship on your family, request deferred billing or set up a payment plan . Most ambulance companies are wiling to work with patients who can demonstrate an inability to pay for services in full at the time of service .

While most of the time you’re stuck with an Ambulance bill , there are a few instances when you may be able to legally refuse to pay it . If you find yourself in one of these scenarios, don’t hesitate to get in touch with the ambulance company to discuss your options and try to resolve the issue amicably. Remember, it never hurts to try !