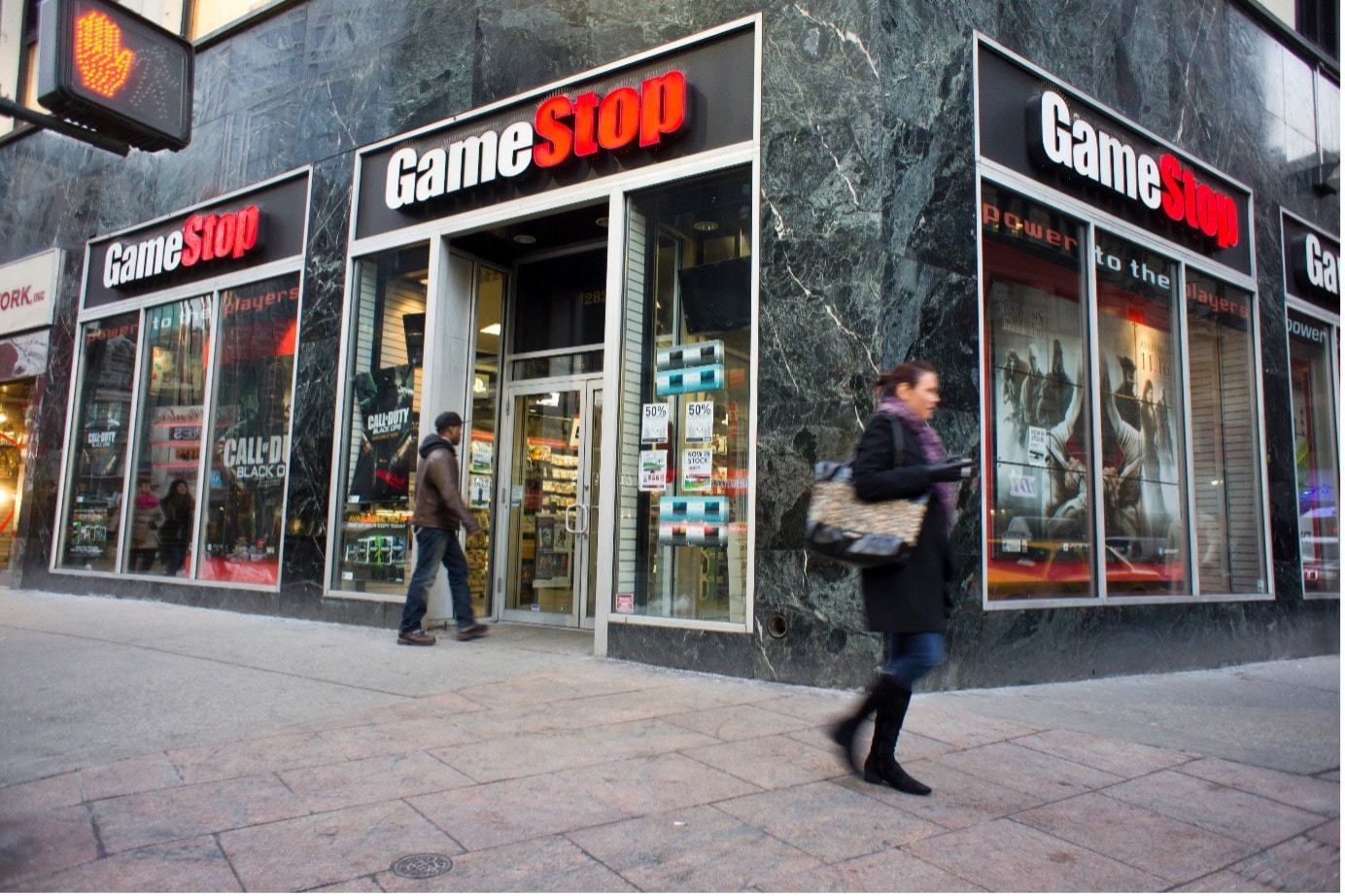 In January 2021 an event took place that had never occurred before, which shook the financial markets to its core. A surge of independent traders flocked to purchase stocks in the formally redundant US gaming firm, GameStop, after having swapped trading tips on social media forums such as Reddit. As a result, it was coined a battle against seemingly superior hedge fund businesses, as limitations were applied to casual trading.

The trading saga has sparked an examination of stock trading online as a whole, and the possibility of market manipulation. With these concerns in mind, the future of stock investing as we know it, has certainly been questioned.

The story of GameStop vs Wall Street

There have been many twists and turns in the so-called battle between amateur investors and Wall Street giants. It all began when major hedge funds implemented a trading strategy of short-selling, that estimated that the value of GameStop’s shares would fall, and essentially betting billions of dollars on the prediction.

But this prediction was faulted, as independent investors rallied on social media forums to begin purchasing the company’s stock, which caused the prices to rise by 700% in just one week, which caused major losses for the hedge funds. The price of GameStop shares then rose from less than $20 at the beginning of January to more than $350 in a matter of weeks.

It appeared that there was a trend, with day traders pitting against the hedge funds who had betted against the rise in certain company’s stock value. The activity drew worldwide attention, as well as scrutiny from regulators monitoring the affair. The amateur investors supposedly have claimed that they were simply playing Wall Street at its own game.

There was another twist in the tale, as the value of shares in the gaming firm seemed to drop by 20% after an investor forum on Reddit closed temporarily, showing how heavily reliant the casual investors were on the tips from the social media platform.

The story didn’t stop there though, as trading platforms Robinhood and Interactive Brokers then inflicted restrictions on the buying of shares in the GameStop, amongst other companies. This outraged the independent investors who had been following this day trading strategy, with the limits imposed causing a decline of 55% in the company’s shares.

These restrictions on the trading of certain shares evoked questions from casual investors surrounding market manipulation, however, founders of Robinhood claimed that they were following regulatory requirements when making this decision, because of the surge in trading.

How has this impacted the future of investing?

Concerns regarding market manipulation in favour of the hedge fund business, compared to independent day traders, have risen from this game-changing event.

This has mainly stemmed from the fact that the platform Robinhood, who was inflicting the trading restrictions, actually has ties to the Wall Street firm Citadel Securities, and has since faced scrutiny.

Some of the casual investors involved said that they were locked out of their trading accounts, with their identities under question and had no idea as to when their accounts would reopen. This meant that they were refused access to any profits they had potentially made.

The impact of the GameStop showdown made its way to US politicians, and as a result prompted a US congressional hearing about fairness and conflicts of interest in financial markets. During the hearing, the head of the Robinhood trading platform, Vlad Tenev, apologized to its customers for the events that took place, but still denied that Robinhood had been acting at the behest of anyone else.

“Many Americans feel that the system is stacked against them and no matter what, Wall Street always wins.”

The events surrounding GameStop shares had such an impact on the market and its ability to adapt, that lawmakers involved in the hearing proposed the idea of potential regulatory changes, which could see larger firms publicly disclosing any information regarding large bets against a particular stock. In rebuttal, Republican representatives claimed that imposing additional regulations will only increase complexity and won’t help investors.

One could say that the bizarre events surrounding GameStop shares have in fact proven that an investor’s, or a collection of investor’s attitudes towards a company, can in turn affect the price of said company’s stock.