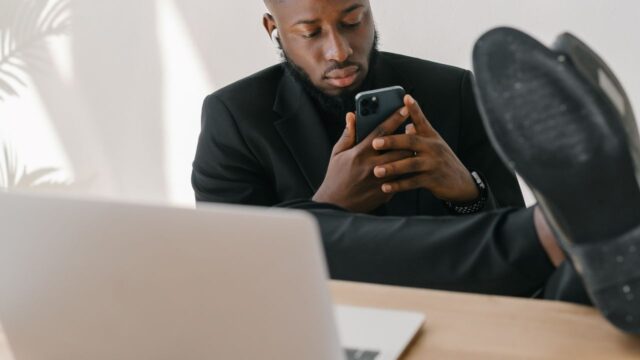 What is a lame duck

A lame duck, in finance, is a firm or individual that is no longer able to make sound financial decisions. The term is often used in the context of corporate takeovers. A company that is in the process of being taken over is often referred to as a “lame duck” because its management team is no longer able to make decisions that are in the best interest of shareholders. This can be due to a variety of factors, including a change in ownership structure, hostile takeover attempt, or simply because the company is no longer viewed as being financially stable. As a result, a company that is considered to be a lame duck is often subject to intense scrutiny from investors and the media.

The consequences of being a lame duck

As a business owner, one of the worst things that can happen is to become a “lame duck.” This term is used to describe a company or individual who is no longer able to effectively compete in their industry.

There are a number of reasons why this might happen, but the most common cause is financial trouble. When a company is struggling to pay its bills, it can often be forced to make drastic changes that hurt its competitiveness. For example, it might need to lay off employees or sell off assets. In extreme cases, businesses might even be forced to declare bankruptcy. Of course, all of these consequences can have a major impact on the people involved. Losing one’s job or seeing a business go under can be devastating, and it can take years to recover.

That’s why it’s so important for business owners to do everything they can to avoid becoming a lame duck. While there are no guarantees in life, taking steps to improve your financial health can go a long way towards preventing this nightmare scenario.

How to avoid becoming a lame duck

A lame duck is an investor who has taken a position in a company and then watches from the sidelines as the company’s share price declines. While there are a number of strategies that investors can use to avoid becoming a lame duck, one of the most effective is to monitor the performance of the company’s management team.

In particular, investors should watch for signs that management is no longer aligned with the interests of shareholders. For example, if management team members begin selling their shares or if they start making significant changes to the company’s strategy without shareholder approval, these could be red flags that it is time to exit the position. Another key strategy for avoiding becoming a lame duck is to diversify one’s portfolio across a number of different companies and industries. By spreading one’s investments across a number of different areas, investors can minimize their risk and protect themselves from being overexposed to any one particular stock.

Finally, it is important to remember that even the best-managed companies can sometimes experience stock price declines. As such, investors should always maintain a disciplined approach when it comes to buying and selling shares. By following these tips, investors can help to ensure that they do not become a victim of the next stock market decline.

First and foremost, it can lead to uncertainty and confusion among employees about the company’s direction. Additionally, it can create division and infighting among the executive team as different members jockey for position and influence.

Finally, it can damage the company’s reputation in the eyes of investors, customers, and other key stakeholders. In short, a lame duck CEO can be a drag on a company’s performance and may even threaten its long-term viability. As such, it is critically important for companies to address these situations swiftly and decisively.

Strategies for dealing with debts as a lame duck

As a lame duck, it can be difficult to manage your finances. debts can seem like a daunting task, but there are some strategies you can use to make the process easier. First, take a close look at your budget and see where you can cut back on expenses. This will free up more money to put towards your debts. Next, consider consolidating your debts into one monthly payment. This will make it easier to keep track of your payments and may help you save on interest. Finally, work with a financial advisor to create a plan for dealing with your debts. With a little planning and effort, you can get your finances back on track as a lame duck.

The importance of financial planning to avoid becoming a lame duck

Being a lame duck is no fun. It means you’re struggling financially and can’t make ends meet. It’s a situation that no one wants to be in, but it can happen to anyone if they’re not careful with their money. That’s why financial planning is so important. By creating a budget and sticking to it, you can avoid becoming a lame duck. A budget will help you track your income and expenses so you can see where your money is going. It will also help you identify areas where you can cut back on spending. And if you do find yourself in a tight spot, having a budget will give you a roadmap to get out of it. So don’t wait until it’s too late. Start financial planning today to avoid becoming a lame duck.

The difference between a bankrupt and a lame duck

A bankrupt is defined as an individual who is unable to pay their debts, while a lame duck is an individual or company that is nearing the end of their business dealings. While both definitions include the idea of being unable to meet financial obligations, there are a few key differences between the two. For one, a bankrupt is usually someone who has filed for bankruptcy, whereas a lame duck has not yet taken this legal step. A bankrupt is also generally considered to be someone who is facing serious financial difficulties, whereas a lame duck may simply be experiencing a temporary setback. Finally, a bankrupt is typically unable to continue conducting business, whereas a lame duck may still be able to do so. Understanding the distinction between these two terms can help you better navigate the world of finance.