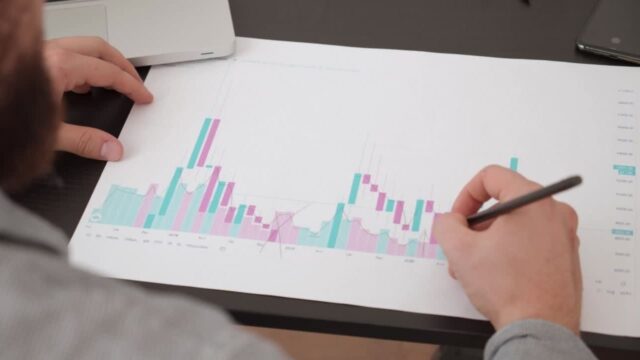 What is the January Effect and does it exist

The January effect is a theory that posits that stock prices tend to rise at the beginning of the year. The theory is based on the idea that investors sell off their losing stocks at the end of the year for tax purposes, and then buy them back at the beginning of the next year. As a result, the demand for these stocks increases, driving up prices. There is some evidence to support the January effect, but it is far from conclusive. For example, a study by economists Ravi Dhar and George Tah death found that stock prices did tend to rise in January, but only in years when the overall market was performing poorly. In years when the market was doing well, there was no significant difference in prices between December and January. As a result, it is difficult to say definitively whether or not the effect exists.

How to take advantage of the January Effect

January is a great time to take advantage of some significant financial opportunities. The January Effect is a phenomenon where stock prices tend to rise at the beginning of the year. This is often attributed to investors selling off losing stocks at the end of the year for tax purposes, which then causes prices to rebound in January. This effect can be amplified in small-cap stocks, which tend to be more volatile than large-cap stocks. For investors looking to capitalize on the January Effect, it’s important to do your research and identify stocks that are likely to rebound. Timing is also key – you’ll want to buy stocks before prices start rising, and sell them before they peak. By taking advantage of the January Effect, you can boost your investment returns and put yourself on track for a successful year.

The best stocks to invest in during the January Effect

The January Effect is a phenomenon in the stock market where prices tend to rise in the month of January. This effect is caused by a variety of factors, including an influx of cash from year-end bonuses and an increase in buying activity as investors look to ‘get back in’ after the holiday lull. While there are many stocks that tend to benefit from the January Effect, there are a few that stand out as particularly attractive investments.

History of the January Effect

The January Effect is a phenomenon that has been observed in the stock market for over 100 years. The effect is typically seen in the month of January, when stocks tend to experience an uptick in price. While the exact causes of the January Effect are not fully understood, there are a number of theories that have been proposed. One theory suggests that the effect is due to an influx of fresh capital into the market after the holiday season. This new capital tends to push prices higher, resulting in the Effect. Another theory suggests that the effect is due to a change in investor behavior. In December, many investors sell off their stock holdings in order to realize tax losses. This selling pressure typically subsides in January, resulting in an increase in stock prices. Regardless of its cause, the Effect is a well-documented phenomenon with a long history.

Should you panic sell during the January Effect

The January Effect is a phenomenon that occurs every year when stock prices drop sharply in the month of January. This typically happens as investors sell off their holdings to take advantage of tax losses, and the result is a decrease in asset values. While it may be tempting to panic sell during the January Effect, this is generally not a good idea. First of all, it’s important to remember that stock prices are highly volatile and tend to fluctuate on a daily basis. Secondly, if you sell your assets during the January Effect, you’re likely to miss out on any rebound that may occur later in the year. Finally, it’s worth noting that the Effect is not always negative; in fact, some years it results in an overall increase in stock prices. In short, while the January Effect can be worrying for investors, it’s important to keep a cool head and wait for the market to stabilize before making any decisions.

Tips for surviving (and thriving) during the January Effect

The January Effect is a real phenomenon that can leave even the most prepared person feeling frazzled. Here are some tips for surviving (and thriving) during this chaotic time:

2. Stay organized. This is the time of year when papers tend to pile up, so make sure you stay on top of your paperwork. Create a system that works for you and make sure to put everything in its proper place. Staying organized will help you stay sane during this hectic time.

3. Don’t overcommit yourself. It’s easy to say yes to every event and obligation during the January Effect, but this can quickly lead to burnout. Learning to say no can be difficult, but it’s important to know your limits and stick to them.

How to make the most of the January Effect

There are a few things to keep in mind when trying to take advantage of the January Effect. First, it is important to remember that not all stocks will outperform the market. It is important to do your research and identify stocks that are likely to rise in value. Second, it is also important to be patient. The January Effect is not a sure thing, and there will be years when stocks do not perform as well as expected. Finally, it is important to have realistic expectations. While the Effect can provide a nice boost to your portfolio, it is not going to make you a millionaire overnight. If you keep these things in mind, you should be able to make the most of the Effect and give your portfolio a nice boost.

What causes the January Effect

There are a number of theories as to why this might be the case, but the most likely explanation is that it is simply a statistical anomaly. However, there are other factors that could contribute to the January Effect, including the fact that many investors sell their losing stocks at the end of the year in order to claim tax losses, while simultaneously buying back into the market in January. This creates an artificially low level of demand for stocks in December, which can lead to higher prices in January. Whatever the cause, the Effect is something that all investors should be aware of.