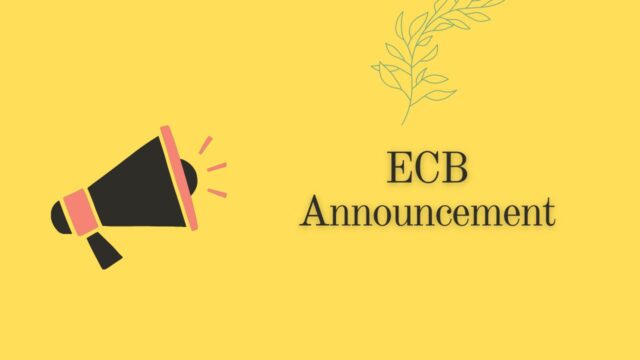 What is the ECB?

The European Central Bank (ECB) is the central bank of the European Union. Its main task is to maintain price stability in the euro area. The ECB was established on 1 June 1998, when it took over the role of the European Monetary Institute (EMI). The ECB is located in Frankfurt, Germany. The ECB has two main decision-making bodies: the Governing Council and the Executive Board.

The Governing Council is composed of the Governors of the national central banks of the EU countries that have adopted the euro, and the ECB President. The Executive Board consists of six members: the President, Vice-President and four other members. The ECB is also responsible for supervising Eurozone banks to ensure financial stability. In this role, it acts as ‘ Single Supervisor’ for significant institutions and ‘ Shared Supervisor’ for less significant ones. As part of its supervisory tasks, the ECB performs on-site inspections and risk assessments at banks. It also has powers to impose financial penalties on banks that do not meet its standards.

What is the purpose of the ECB?

The European Central Bank (ECB) is the central bank of the European Union and is headquartered in Frankfurt, Germany. The ECB’s primary objective is to maintain price stability within the Eurozone, thereby preserving the purchasing power of the single currency. The ECB also works to promote economic growth and employment, by ensuring that financial markets function smoothly and by providing banking services to institutions in the Eurozone. In addition, the ECB is responsible for issuing euro banknotes and coins, and for managing the Eurosystem – the group of national central banks that work together to implement ECB monetary policy. As such, the ECB plays a vital role in ensuring economic stability and prosperity within the European Union.

How does the ECB work?

The ECB sets interest rates in order to influence short-term borrowing costs in the economy, which in turn affects inflation and output. In addition, the ECB conducts monetary policy operations through asset purchases and lending facilities, which help to ensure that banks have adequate liquidity. The ECB is headquartered in Frankfurt, Germany, and its president is Mario Draghi. The ECB’s governing council is made up of the president of the ECB and the governors of the central banks of all 19 member countries. The council meets eight times a year to discuss monetary policy decisions.

Who makes decisions for the ECB?

The European Central Bank (ECB) is the central bank for the euro and administers monetary policy within the Eurozone, which comprises 19 member states of the European Union and is one of the largest monetary areas in the world. The ECB’s main duty is to maintain price stability within the Eurozone. The Governing Council is the main decision-making body of the ECB, consisting of the President, Vice-President and six other members of the Executive Board, as well as the governors of the national central banks of the Eurozone countries.

The Council meets twice a month in Frankfurt am Main, Germany. The decisions of the Governing Council are made by consensus. However, if consensus cannot be reached, decisions are made by a two-thirds majority. The President represents the ECB externally and ensures smooth decision-making within the Council. Mario Draghi has been President since November 2011. He will be succeeded by Christine Lagarde in October 2019.

What are some criticisms of the ECB?

The European Central Bank has faced criticism from a number of quarters since its inception in 1998. One common complaint is that the ECB is too focused on fighting inflation, and as a result, it has been hesitant to take aggressive steps to stimulate economic growth. This criticism was echoed by a number of economists during the euro crisis, when the ECB was criticized for not doing enough to prevent the collapse of the eurozone.

Another common criticism is that the ECB is too independent, and that its decisions are not made in consultation with national governments. This lack of accountability has led to criticisms that the ECB is unaccountable and undemocratic. Finally, some critics have argued that the ECB’s monetary policy is opaque and lacks transparency. These criticisms were particularly prevalent during the euro crisis, when it was often difficult to understand the ECB’s actions and their implications for the eurozone economy.